1971 – Worked for Club Mediterranée in Switzerland and Yugoslavia.

1979 – Began his real estate career as an agent for Burnet Realty in Minneapolis.

1981 – 85 – Completed all courses for the designation of Certified Commercial Investment Member (CCIM) of the Realtor’s National Marketing Institute.

1983 – Converted one of his buildings to condominiums. Since then Cotty has been involved in converting and selling more than two dozen separate Minneapolis Lakes Area condominium projects.

1985 – First recognized in the Burnet Realty’s President’s Club, an award he achieved almost every year as an agent for Burnet Realty. 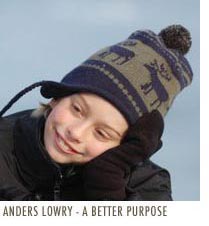 1990 – Began to specialize in residential sales and obtained the CRS (Certified Residential Specialist) designation, a certification held by only 5% of all Realtors.

1990 – 2001 In this period, Cotty marketed, sold and closed hundreds of single-family homes, duplexes, and condominiums in the Minneapolis Lakes area.

1990 – 2001 During this same period, Cotty purchased several small apartment buildings in the area and became involved in the Minnesota Multi-Housing Association, an organization which works on issues involving tenants and landlords.

1993 – Cotty began renting the billboard on the side of the Burch Pharmacy overlooking the corner of Hennepin and Franklin Avenues. This billboard has become the object of frequent graffiti attacks and a famous local site.

1994 – Cotty’s entire office moved to the northwest shore of Lake Calhoun. This office is the Number One office of all 800 to 900 Coldwell Banker offices nationwide in terms of properties listed and sold. If this office were its own real estate company, it would be one of the largest companies in the state.

2004 – Received several company awards including 28th place in number of listings and 50th in gross commission dollars generated in a company of 3,300 agents, resulting in the International President’s Elite designation. Ranked among 44 agents of 3,300 to receive the 100% Club award for a listing and a sale in each month of 2004.

2008 – Cotty was interviewed and quoted on the Minneapolis condominium market by Kiplinger Personal Finance.

Cotty was also interviewed for an MPR radio broadcast about his successful experience selling in a down market.

2010 – Elected to The Board of Directors of the Minneapolis Area Association of Realtors (MAAR).

2017 – President of the Minneapolis Association of Realtors.

2020 – Cotty was named the Minneapolis Association of Realtors “Agent of the Year” and was also the President of the MAR Foundation.